Buenos Airies to Antarctica and back on Azamara January 6, 2019

This trip will be a once in a lifetime to the bottom of the world and Antarctica. I'll have my tuxedo and hang out with the penguins. We fly to BA on January 4 but the ship doesn't embark until January 6.  There are several days at sea with stops at Montevideo, Uruguay,  Ushuaia, Argentina, Antarctica, Elephant Island, Port Stanley, Falkland Islands, Puerto Madryn, Argentina and back to Buenos Airies for disembarkation. We'll probably have to have boots when we get off the ship in Antarctica and expect that we will need them on the land/snow/ice way down under. Right now it's December 4, 2018 and 8:30 in the morning and I'm dictating this item on my MacAir, and with Apple magic she's doing the typing.

Terryl had a party yesterday for her Air Canada buddies and told them all about the trip; when I showed up at 2:30 they were very excited and said it was the trip of a lifetime. We’ve sailed on Azamara four times now, each adventure on board and off has been an increasing level of excellence; so much so that we openly declared this company of three ships to be our favourite. The Pursuit is brand spanking new just launched in the summer of 2018; the others are Quest and Journey. These ships entertain only seven hundred patrons assisted by two hundred crew. We (have been) invited to the captain’s table—wearing tuxedo and evening gown—to meet and dine with agreeable gentlemen whose stories and conversation made for an extraordinary evening. Maybe we'll get lucky again. 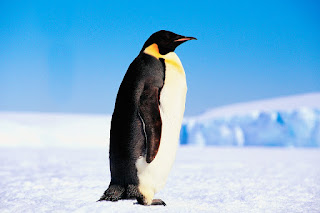 We are all booked and paid for as far as our hotel room in BA and on board Azamara Pursuit; So we wait for the loads on Air Canada's January 4/19 flight which (as of December 8/18) has 90 seats available for AC Employees, plus plenty more on January 2/19 and December 31, 2018. So as they say down under 'no worries mate.'