An early introduction would have been in 1958 when the Litho Print hockey team participated in an event with a Saturday night dinner and dance. I went without a wife or date, I had neither in those days. Nup, Sluce, Boland, Eldridge and others were the senior guys at the plant who had invited me to play on the team. I played one game on a Sunday morning somewhere and against some other team whose name never found its place in my memory. The drink at the Balmy Beach club was flowing even to me who was under the legal age. Those were memorable days with the first group of printers I knew. There would be several other firms that employed me, some for a very short time, and one for a very long time.
1963 Geza Zabados, a terrific tennis player from Kew Gardens tennis club -- who passed away much to early -- asked me if I knew anything about the wintertime racquet game called Squash. I had no knowledge of it when he introduced me to Balmy Beach and a game that would occupy my winter sporting life. (The first time I played this game I was seeing black spots before my eyes.)  But I loved the game and played it with passion until the required wrist snap was no more (the spots had disappeared years ago). Additionally, squash cultivated many good friends for me now that we lived in 'The Beaches.'
In 1986 the beach home was sold for the princely sum of $150,000 (purchased for $30,000) and the family moved to north Brampton near Caledon, into a custom built 4,500 sq. ft. house including a recreation room walk out to the garden and pool. This was another world, a place and time for a new beginning for the four of us.
Thirty-three years later (2019) on a failed trip to St. Lawrence Market during a crisp and sunny afternoon we ended up on Scarborough Beach Blvd. to have a look at the old home and take a few photos. We never expected to see any of our neighbours, but we did with Mark and Ruth Lerner who still live two doors north. I then had the bright idea to have a drink at Balmy Beach CC, a member only establishment since the 1920's. Terryl and I introduced ourselves to the barkeep manager, she poured us a drink where the nostalgia appeared on every wall and cranny of this old old building. They were still there: Glen, Bart, Alex, Bob, Rob and others standing around a large circular table having a beer and talking up a storm. They still play squash; I saw Glen and Bart doing just that. The plaque on the wall - Geza is on it - with past champions in full view. Ken Lane, Peter Jacobson and Craig Wells are memorialized over the courts in two foot high letters. The war painted canoe paddles hang over the fireplace and team pictures are everywhere. Nothing has changed except for a coat of paint here and there. Just as I hoped. 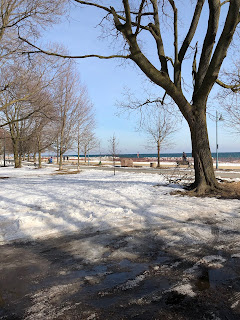 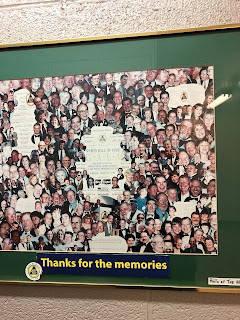 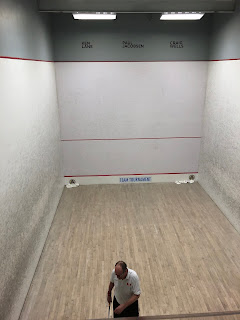 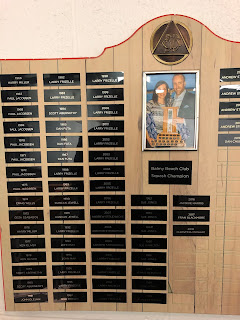 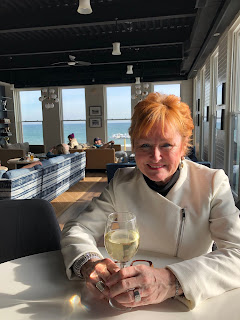 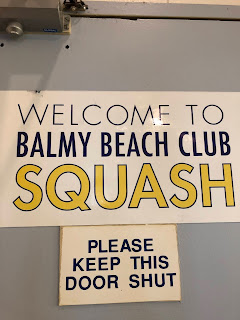 We had a lively conversation with a few of our old squash partners for two hours; Terryl joined the conversation easily and wants to return to my old haunt often. Why not?