It's not an exaggeration that the USA, if not most of the news-reading balance of the world clamoured for the results of Mueller's report; a report that could have catastrophic results for Trump's Republicans, or the same for the hungry blood-tasting Democrats. There could be one winner only and it appears to be Trump. Many ask how and why could this decision could be left in the hands of an AG, hand picket by Trump, and on record that Trump could not be prosecuted. William Barr came through (for DJT) and stated in a two page document (released only 48 hours after receipt of Mueller's 440 page document) that there wasn't substantial prosecutable evidence that Collusion with the Russian Government took place before the November 2016 Presidential Election. Barr stopped short of opining on Obstruction of Justice issues; Mueller did the same in his two-year-long investigation's report. However both men stated that Trump was not entirely exonerated from any and all wrongdoing.
Fox News jumped all over it -- they demanded an apology from the Chairman of CNN and claimed that Ted Turner would have something to say about CNN's position on all of this.
CNN continued their barrage aimed at FOX and its journalists for one-sided reporting blindly extolling the unseen virtues of Trump and his Republicans. The fight between 'the enemy of the people' media (words made famous by Trump) will continue relentlessly for another twenty months when the 2020 Election will take place.
Will Trump last and stand for re-election in 2020? It appears that he will, and I'll bet that he'll love it because he has loaded the gun against the Democrats with Barr's report card. The Democrats will want the entire Mueller Report given to Congress, and if they get it with minimal redaction, there will be more of the same ammunition to be used for the entire period.
Trump can use FOX when he wishes and then Twitter to keep his followers revved up. The thing that we can count on is that the warfare will continue.
On April 18, 2019 the redacted version of Mueller's report was released. That's the 440 page version with blacked out sections as dictated by William Barr. The book, we'll call it, is out and the renewed fighting has begun with 'Impeachment' rhetoric by many Democrats, and 'No Collusion' by the Republicans. There is an unholy mess in American politics equalling the Richard Nixon presidency in the mid '70's forcing him to resign; and Bill Clinton's "I did not have sexual relations with that girl" plea to reverse his diminishing approval ratings. You'll also remember that Clinton did return to run again and win by a large margin in his second term.

May 11, 2019...More news regarding Trump's finances states that he lost $1.17Billion during 1986 - 1994 has hit the press. The Washington Post printed it first and the US Press is of course all over it with interviews and opinion requesting subpoena of his tax returns (which should have been released before the election in 2016) and increased activity for Congressional Activity and submissions by key players whose knowledge is paramount for the Whitehouse to succeed or to be eventually impeached.

August 2, 2019...No additional news has been reported on Trumps' tax returns still not submitted even though subpoena'd by Congress. His incredible business losses have not produced dialogue of importance. However, the Democrats have had their twenty candidates for president on stage for eight hours of debate. The front runner is Joe Biden with a few others closing in for the kill with their number one objective being to defeat Trump in 2020. Yes they all have policy objectives in mind but beating Trump trumps them all at this time. 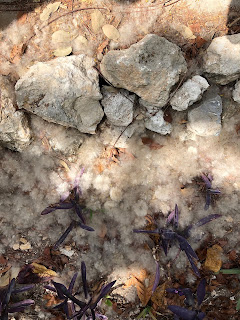 Just a little fluff resting in a ditch.