Ater a seamless check-out of the Movenpick Jumeirah Beach Hotel our baggage handler loaded our stuff into a Meter’d Taxi (he made a strong suggestion to avoid the black limo type) driven by a grandfather whose home was in Sudan, he asked if we would like some music and if it might be from his country? Our answer was of course; and off we went on a major 12 lane highway to the Port of Rashid. The ride took a little longer than I expected, but only cost $33.00 Canadian.

99.8% of all shipping arrives and leaves from the Port of Rashid which I swear goes on and on forever. One may think that with its size that there could be a problem finding our ship. We passed the Queen Elizabeth 11, the Jewel of the Seas and several others when we found the big A for Azamara docked and ready to board. We paid our friend from the Sudan and he helped the attendant load our stuff on to a cart destined for delivery to our balcony cabin 6075, after which we entered the terminal for registration. Terryl was amazed when the documents prepared for this trip came out of my case in the order requested by the staff who register us and welcome you on board. She said that this amazed her, and I said, ‘It’s a steep learning curve that has evolved over the twenty odd cruises we have enjoyed over many years.’

On board our first encounter is with Alina from Odessa south of Ukraine who is a totally engaging young woman with an entirely unique haircut and a small tattoo of an airliner on the inside of her left upper arm. And of course my beautiful Terryl strikes up a conversation after I asked if she was an Airline person prior to her work on the Azamara Cruise Ships. Her answer is no, along with a confession that she just loves to travel. Terryl’s connection with Alina was instant. I’m guessing we’ll be looking for this young lady to pour our drinks on many of the next 35 days of this voyage to Cape Town, South Africa.

I’m sitting on my balcony at 15:10 on December 17, 2019 which is approximately 3 hours after boarding the Azamara Quest. I’m inhaling another gin and tonic after two Budweisers and two Champagnes and sampling a plate of cheeses, Pad Thai, and a breaded chicken that thoroughly if not completed met my needs when a tug boat pulled up along side the Monjasa Performer Monrovia ship nestled along side the Quest. After several minutes I look again and there she goes. This is a beautiful cargo ship that has set sail from Dubai to ports certainly unknown to me. My thought as she leaves her birth is that I know so little about this industry and shipping in general, and, that it’s probably too late to learn any more. Dennis Casassio, Daniel Loyd McDonald and Steve Ellis, son of Norm and Jeanette Ellis come to mind. These guys know something about this Industry: perhaps a word or two from one of these gentlemen to another in a position to get another started in an industry is all it took. Perhaps it helped to establish them in a position of authority. I like to think it so, just the way I was introduced to Duncan McGregor in 1963.

I’m sitting on my balcony at 17:00 on December 18 with a slight rumbling of our ship’s motors and a gentle push and guidance by a perfect little tugboat and off we go to Doha, Qatar. 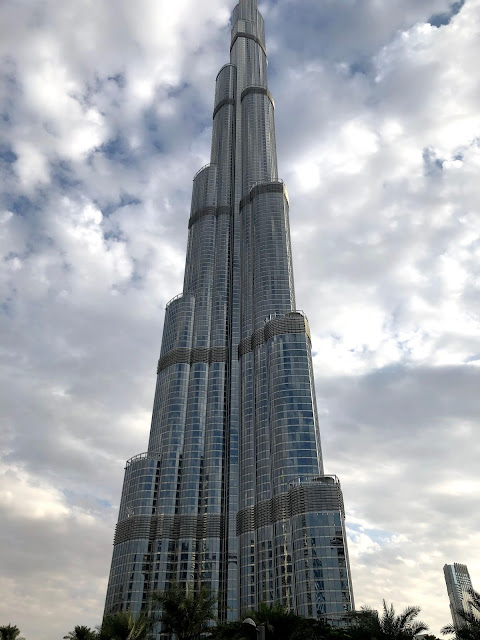