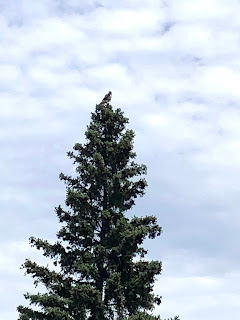 On April 16, 2020 we and the majority of the world's people are self-isolating in our homes. Non-essential business is shut down putting millions of people out of work. Most doctors, nurses, staffers and support people however, are run off their feet. Truck drivers, delivery people and grocery clerks are doing double duty while they too, remain six feet apart from any and all who approach.
Two blogposts ago Coronavirus COVID-19 was in its infancy and my account on the issues are there and dated March 12 and March 20, 2020. Today statistics will shock anyone into the realization that we are fighting a war against a formidable foe. Worldwide we have 2,127,873 confirmed cases...540,575 patients recovered...and 141,454 deaths. The upside of these numbers might be that the recovered patients are four times the number of deaths. [Also its worth noting that these numbers are incorrect as I write. The information I have recorded here is from a Google Search.] The USA now has 33,633 deaths and China with its population of 1.4 billion,  (the Pandemic started in January 2020 in the major city of Wuhan), claims only 3,342 deaths. I think it's safe to say that which I had uttered in March: the civilized intelligent communicators of today have a long way to travel in aid of our fellow man.
It has been said and reported that certain relevant information was kept from moving freely across this planet, with that dearth of political, transportation and medical knowledge shared across the continents the numbers went straight up and continue to rise. The Chinese could have thrown the world a parachute but chose not to. I copied the following paragraph from Robyn Urback's column in The Globe and Mail on April 17, 2020:
""Late last year, the WHO, along with the rest of the world, had good reason to receive initial information from China on the strange new virus emerging out of Wuhan with some skepticism. The extraordinary early measures the country was taking to contain its spread, after all, seemed wildly out of proportion with Beijing’s official numbers of infected and dead. Indeed, months ago, there was reason to worry that China might not be sharing the full extent of its outbreak, and information has emerged since that all but confirms China again deceived the world. And it did it while the WHO openly praised its commitment to "transparency.”"
As of April 21, 2020 here are the numbers as quoted in the Globe and Mail;
At least 2,440,809 cases confirmed around the world; with 639,877 recoveries and 167,628 deaths reported.
On April 21, 2020 as reported in the Globe and Mail:
2,553,359 cases confirmed around the world; with 679,791 recoveries and 176,285 deaths reported.
On April 30, 2020 as reported in the Globe snd Mail:
3,169,410 cases confirmed around the world; with 958,623 recoveries and 224,613 deaths reported.